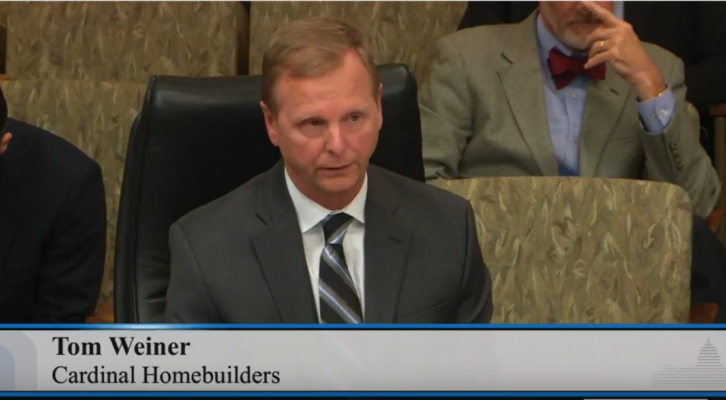 We’ve officially reached the half-way point of the legislative session. Friday, March 17 marks the second deadline in which committees must act favorably on bills, or companions of bills, that met the first deadline in the other body.

We’re pleased to report that all pieces of the Minnesota Homeownership Initiative have met this deadline. It’s clear BATC’s modern advocacy program is playing a central role in the elevation of housing affordability and homeownership at the Capitol.

Rulemaking Review Oversight Advances to the House Floor: On Wednesday, David Siegel, Executive Director, and Tom Wiener, Builder Vice President, Cardinal Builders, testified once again on behalf of HF 1001, a bill that would require legislative oversight for any proposed rule that would impact a homeowner by $1,000 or more. This marks the 5th time the team has testified on this bill, which is an powerful illustration of the effort that is required to move legislation forward. Thank you Tom for dedicating so much time to our advocacy efforts and to Rep. Vogel, the bill’s author, for leading the charge. The bill passed out of committee to the House Floor. The companion bill, SF745, authored by Sen. Mary Kiffmeyer, is currently awaiting discussion in the Senate Finance Committee, which is anticipated next week.

Removing Barriers to Condo/Townhome Development Advances to Senate Floor: Friday, SF 1455, authored by Sen. Kari Dziedzic, was heard in the Senate Judiciary and Public Safety Finance and Policy Committee. With broad support from a variety of groups, SF 1455 advanced to the Senate floor. The companion bill HF 1538, authored by Rep. Dennis Smith, passed out of committee two weeks ago and has been referred to the House General Register.

Public Notice for Housing Moratorium: SF 201 has been introduced to the Senate General Register for discussion by the full body. HF 330 has already passed through the House of Representatives with bipartisan support (87-44). Thank you to authors Sen. Dan Hall and Rep. Jim Nash.

Job Opportunities in Construction:  The lack of workers trained in the construction trades is one of the biggest obstacles faced by our industry. Two bills, HF 1944 and HF 631 have been introduced to address this issue. Wednesday, Representative Jim Nash presented HF 1944 to the House Job Growth and Energy Affordability Policy and Finance Committee. At the request of BATC, Tom Getzke, Minnesota Builders Exchange, testified in support. Thank you Tom and thank you Rep. Nash for introducing this creative effort to help us get more young people interested in our industry. SF 1790, the Senate companion bill authored by Sen. Scott Jensen, has been referred to the E-12 Policy Committee. In addition, BATC is working on a request for Workforce Development Fund dollars toward Project Build Minnesota, our collaborative effort to make the construction industry a career of choice

Townhouse Definition Referred to the Floor in Both Chambers: A long-time BATC priority, this initiative is a continuation of BATC v. DLI. HF 792 and SF 578, would modify the townhouse definition and remove the sprinkler mandate. Each has passed the appropriate committees and been introduced to their respective General Registers for discussion by the full body. Thank you to House Author Rep. Tama Theis and to Senate Author Sen. Rich Draheim.

Manufactured Homes Title Transfer Referred to Both Registers: HF 347 and SF 187, bills that would modify manufactured homes titling process, have both worked through committees and been referred to their respective registers.

Uniform Standards: A bill that would ensure fair and consistent labor standards across the state has passed the House and has been referred to the Senate General Register.

Visit http://www.mnhomeownership.com to view the complete Minnesota Homeownership Initiative and watch the BATC Twitter and Blog for updates. 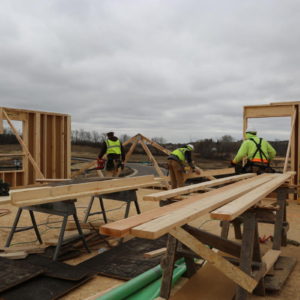