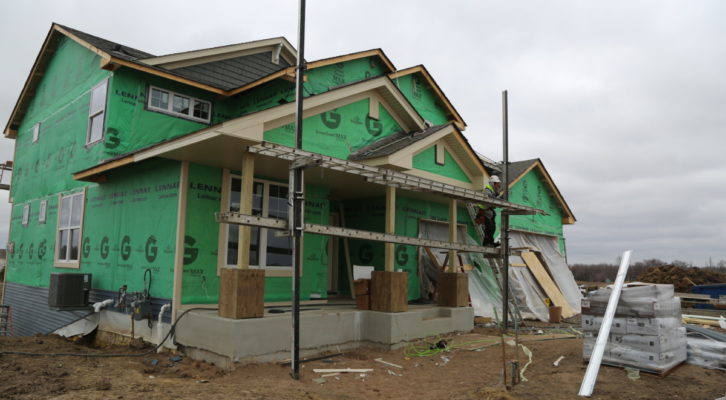 After a flat October, Twin Cities home builders made up for it in November. The number of single-family permits pulled in November spiked to 586, increasing 30 percent over November last year. Multifamily construction had its best month this year with 1,306 permitted units, a 102 percent increase from November 2016.

According to data compiled by the Keystone Report for Housing First Minnesota, there were 611 permits issued for a total of 1,892 units during four comparable weeks in the month of November.

“Consumer confidence is at an all-time high, and production should continue to grow as we look ahead to 2018,” said Bob Michels, president of Housing First Minnesota. “We know the demand is there; we’re concerned that the labor shortage will hold back the market.”

“We have a housing shortage, but with the high regulatory costs in Minnesota builders are unable to build at the entry-level price, a key piece of the housing market,” said David Siegel, executive director of Housing First Minnesota. “A decade ago, 72 percent of the homes built in the Twin Cities were below $325,000. Today, it’s 38 percent. Much of this can be attributed to our high land costs and regulatory pressures.”

For November, Lake Elmo took the top spot with 48 permits issued. Lakeville came in next with 41 permits, followed by Woodbury with 29 permits. Rounding out the top five are Otsego with 28 permitted units and Lino Lakes with 27 permits issued. 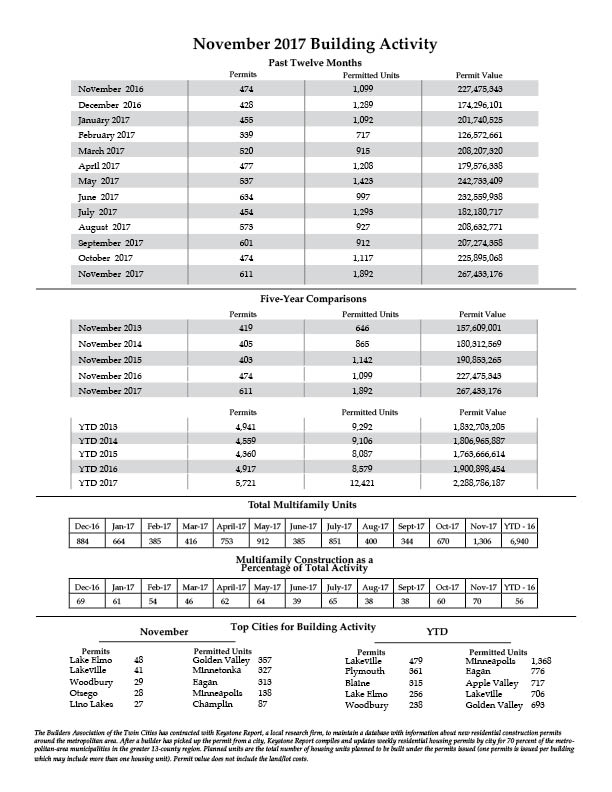 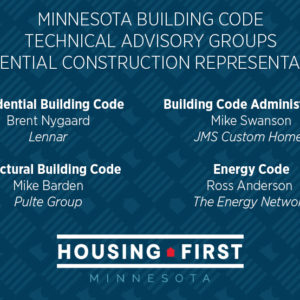 Members of the state’s Construction Code Advisory Council met on Thursday, Nov. 30, to begin the process of updating the state’s...
© 2019 Housing First Minnesota Online. All Rights Reserved
Back to top