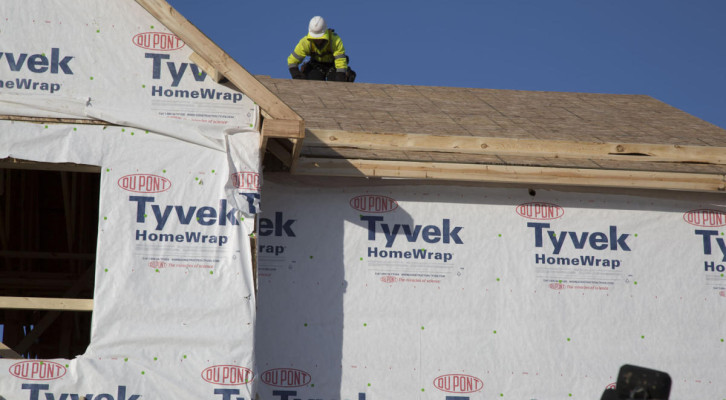 According to data compiled by the Keystone Report for the Builders Association of the Twin Cities (BATC), there were 404 permits issued for a total of 699 units during four comparable weeks in the month of January 2016.

“We’re feeling optimistic that after two flat years we will see the boost in activity that we’ve been waiting for,” said Meg Jaeger, the Builders Association of the Twin Cities 2016 President. “With the Twin Cities housing inventory at a 13-year low and other economic indicators looking up, this should be a good year for residential construction.”

“The regulatory burden is still pricing out many potential homebuyers, we’re working to make sure families can afford their dream home in 2016,” – said Jaeger.

For the month, Golden Valley issued the most permitted units at 200, followed by Minneapolis with 80. Woodbury issued permits for 29 total units, Plymouth for 25 units and Blaine rounded out the top five with 24 units permitted. 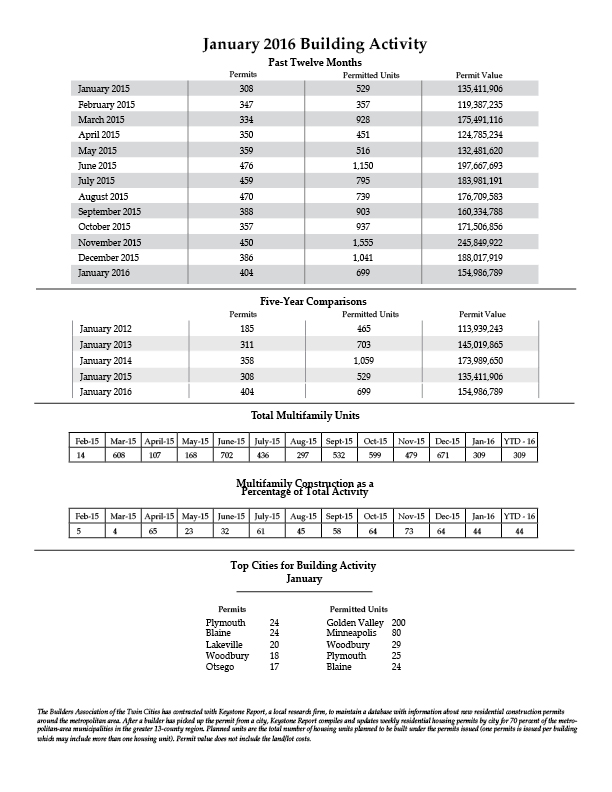 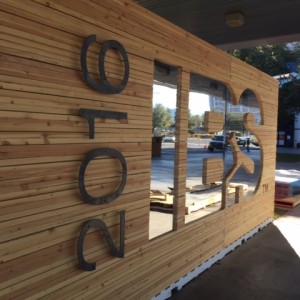